The British Academy of Film and Television Arts (BAFTA) and BFI (British Film Institute) annual Screenwriters’ Lecture Series has now drawn to a close for 2015. However, the series continues to be an embodiment of BAFTA’s commitment to education and learning that can be delved into at any time online at BAFTA Guru or through their many podcasts.

Now in its sixth year, the BAFTA and BFI Screenwriters’ Lecture Series exists to celebrate screenwriters’ authorial contribution to film, and gives esteemed writers a platform to share highlights and insights from their careers with an audience of film-lovers and their peers. The series is funded by JJ Charitable Trust, one of the Sainsbury Family Charitable Trusts. The official airline to the series is United Airlines. 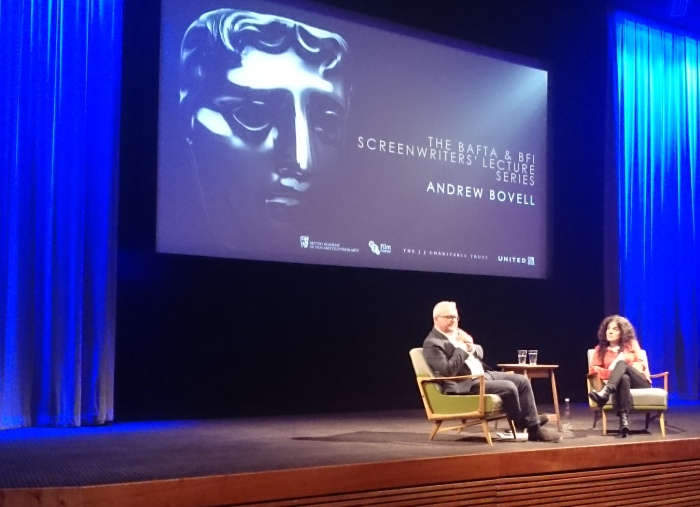 BAFTA and Oscar-nominated writer and novelist Nick Hornby (An Education, Wild) starts the season on Wednesday 23 September at BAFTA 195 Piccadilly. Screenwriter and playwright Andrew Bovell (Lantana, A Most Wanted Man) takes to the stage at BAFTA on Friday 25 September, followed by Oscar and Golden Globe-nominated writer and director Nancy Meyers (Private Benjamin, It’s Complicated) on Saturday 26 September. BAFTA and Emmy award-winning writer and producer Jimmy McGovern (Hillsborough, The Street) will speak on Tuesday 29 September at BAFTA 195 Piccadilly, before BAFTA, Oscar, Golden Globe and Emmy nominated writer and showrunner Beau Willimon (The Ides of March, House of Cards) delivers the final lecture in the series on Saturday 3 October at BFI Southbank.

As part of both organisations’ commitment to learning, podcasts of all the lectures, including exclusive video content, will be available for free on BAFTA Guru, BAFTA’s online learning channel, and the BFI’s VOD service BFI Player, later in the year. Lectures from previous years of the series are available now at BAFTA Guru and BFI Player (search for ‘screenwriters’).