The 2014 BFI Statistical Yearbook shows UK film is a leading player in a highly competitive global industry, with a UK industry turnover of £7.3 billion, an 11% share of the global box office, UK box office receipts in excess of £1 billion for the third successive year. 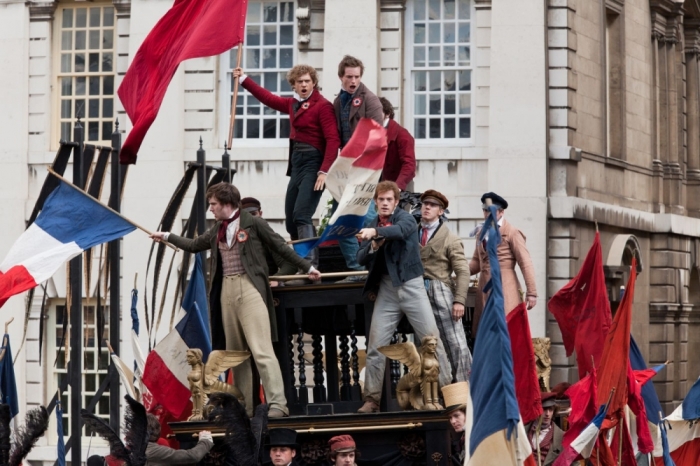 Headlines: The BFI’s 2014 Yearbook shows encouraging results for the British film industry at home and abroad:

Visit the BFI’s website for more on the 2014 Yearbook.

Les Misérables was the leading UK film release of the year grossing over £40 million and making it one of the UK’s most successful films since 1989. The leading independent UK films were Philomena (£11 million), Rush (£10 million) and Quartet (£8 million), all of which were a hot ticket for cinema-goers in the 45 years-plus age group. Younger audiences enjoyed a fantastic year at the cinema too, making animation the leading genre at the UK box office – £247 million across 33 releases – and helping Despicable Me 2 to become the biggest grossing film of the year with £47 million. Skyfall, released in 2012 and taking over £102 million, continues to be the UK’s biggest box office success ever. Most films are watched on small rather than big screens, with just under 7,000 titles on UK television last year and an average of 53 film viewings per person in 2013.

With more films released in cinemas than ever before in 2013 (a total of 698, marking an average 13 titles a week), competition for audiences has never been higher, but the range of films available, the ways in which audiences can enjoy them, and the appetite for film viewing continues to grow.

The BFI reports that UK films and talent won 26 major awards in 2013/2014, led by the BAFTA® and Oscar® successes of 12 Years a Slave and Gravity. The two films’ achievements marked a landmark year, with 12 Years a Slave the first film to be made by a Black director to win the Oscar® for Best Film, and Gravity flying the flag internationally for the excellence of the UK’s VFX industry.

Compiled by the BFI’s Research and Statistics Unit, the Statistical Yearbook presents the most comprehensive picture of film in the UK and the performance of British films abroad during 2013. Now in its twelfth year, the Yearbook is a valuable evidence base for industry and policy-makers.

Film revenue generated by all video platforms, a crucial part of a film’s value chain, was worth £1.4 billion in 2013. Physical video sales fell to 119 million units last year and rentals to 53 million transactions, but combined they generated £1.1 billion with the most popular purchase being Skyfall. Market data on VoD, which enables audiences to access films through a range of devices, anytime, anywhere, is limited but was estimated to be worth £323 million, showing a 37% growth on 2012 and is now 400% higher since 2002. Apple was the highest earning VoD provider in the UK with Netflix the fastest growing provider.

In terms of viewer numbers, television is the single most important platform for seeing films, offering almost 7,000 film titles across all channels and reaching a cumulative film audience of 3.4 billion, 20 times the number of cinema admissions. On average, people see 53 films a year on television.

Visit www.bfi.org for more on the British Film Institute.