If you wander around the book shelves at Foyles it’s abundantly clear that the fad for writing the definitive screenwriting handbook shows no sign of diminishing. But, whether it’s a slim paperback or a weighty hardback, few have made the intricacies of screenplay structure more compelling than “The First Draft”.

I attended “The First Draft” with Pilar Alessandra, a two-day screenwriting workshop, in June 2014 and found it to be an amazing shot in the arm. For anyone serious about their writing, having an opportunity to learn from a leading Hollywood script consultant and to be able to talk and share experiences with other screenwriters is an opportunity you simply can’t turn down. The openness and accessibility of the delegates and organisers provided a wonderfully warm welcome and an uncomplicated environment in which to learn.

The weekend event took place on 14 and 15 June at Regents University in London and was organised by Chris Jones, the Creative Director behind the world’s largest screenwriter event, the London Screenwriters’ Festival.

Over the course of the weekend Pilar took two-hundred delegates through one of the best insights into screenplay structure and writing, including sessions on story and character creation, common structure rules, story beats, scene creation, layout, dialogue and, for many, the Holy Grail, pitching. 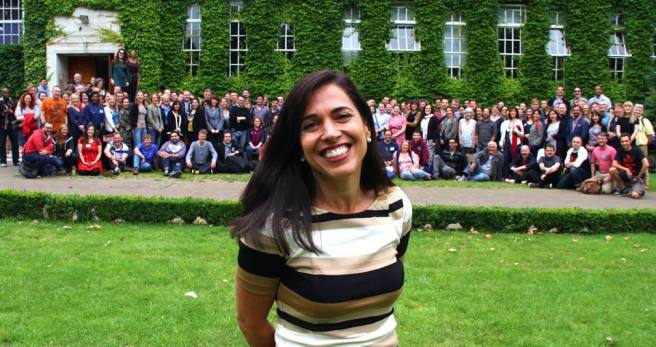 Pilar Alessandra is the director of the popular writing program “On The Page” and author of “The Coffee Break Screenwriter.” A sought-after teacher and lecturer, she’s traveled the world teaching screenwriting, pitching and story analysis. As a consultant, she’s helped thousands of writers create, refine and sell their scripts and was named “Cream of the Crop” in Creative Screenwriting’s Script Consultant Survey. Her students and clients have sold to Disney, DreamWorks, Warner Brothers and Sony and have won prestigious competitions, including the Austin Film Festival and Nicholl Fellowship.

The London Screenwriters’ Festival is an annual three-day conference for screenwriters. In 2014 the event will be held at Regents University in Regents Park, between 24th and 26th October. For the three days, over 1,000 screenwriters, filmmakers, producers, practitioners, actors and executives congregate to share ideas, build powerful relationships, hear pitches and get a creative shot in the arm.

For more on the London Screenwriters’ Festival visit londonscreenwritersfestival.com.