Peter wrote his definitive history of the Japanese Imperial Naval Air Service in the early 1990s, but unfortunately he passed away before he was able to see his book in print. 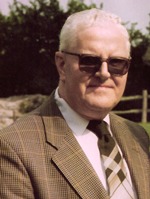 His son Richard arranged for his book to be published posthumously in November 2010.

Peter was born in London and moved to Worthing in Sussex in the 1980s. He served in the RAF for a number of years from 1945 before becoming a school teacher.

He maintained a lifelong interest in military history, in particular aviation, and wrote a number of magazine articles. He died in 1992 at the age of 63.

Peter’s passion for aviation may have been in his blood; after all his mother was at school with the noted aviatrix Amy Johnson.